This Blog is about pathetic characters Robert Postak as Topper, Andrew Drummond as the Flying Sporran and Chris Gleeson, as the CTLS Language School Hothead hated by all.

The exploits of these three western men from sorted backgrounds who fled penniless to Thailand and married homely girls with a bit of cash are fun reading.

All are 60ish men and similar in basic education, dependence on their  wives for income and as misfits in Thailand heralding from England. There really is a woman for everyone in Thailand. These three men have wives that support them and continually work to get them out of trouble from their ugly rants and illegal blog postings.

Their exploits in Thailand are as negative as it gets as they attack any Thailand expat who stands on their own and operates legal businesses without holding on to the wife's apron strings.They are despicable from all I have read, most of which they wrote.

Robert Postak and Andrew Drummond will probably be in a Thai jail cell. 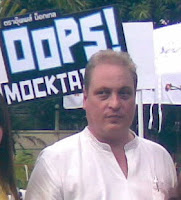 Robert Postak is "Topper" on the internet.
Andrew Drummond posts as the "Flying Sporran."

There is little written about Topper that he didn't write because he has done nothing noteworthy in his life. Same with Gleeson. Drummond has the most written about him.

The list of real, criminal court cases against Drummond mounts and Robert Postak has had his blog and the hidden perverted sex site links turned over to the Thai police.

Guns for Hire. Well, they really use the internet, but the point is they can be bought to promote anything for money, even shitty schools that prey on newbie expats freshly arriving in Bangkok and Pattaya Thailand.

After Robert Postak was being accused of taking money from PAIS School in Bangkok for trashing everyone who talked about their negative experiences with the school, is Robert Postak at it again?

Has he been hired to be the one of the hatchet men along with Richard Lavis to run TEFL International’s Anti Teacher board or will he join Andrew Drummond in promoting the education visa language school called CTLS Language School owned by the wife of his friend and fellow clown Chris Gleeson, also called Hothead.

Topper aka Robert Postak now is admitting he is really a homosexual married for financial support to an equally unattractive lady from the Philippines who works at the school Topper promotes on the internet along with the education visa factory under investigation called CTLS Language School located conveniently next to My Girl Massage where two girl in the hot tub costs 30 quid or 1,500 Thai bahts.

Topper will get money like Andrew Drummond does for promoting "schools". Robert Posak will soon endorse CTLS Language School in Pattaya for his friend Chris who works there at his wife's school as a cook in the cafe next door.  The AnjarnForum.com guys are on to him already for his shady dealings and crude remarks.

CTLS Language School in Pattaya is Andrew Drummond's only advertiser paying for a banner on his site.

All three of them have wives working at English "Language" schools for foreigners. Pattaya Scammers will not tell about the way most illiterate expats who can not work get to stay in Thailand on "Education" visas.

Novices pay 20,000 Thai bahts for one year and never go to a single class. Some get kicked out of Thailand when they go for 90 day reporting at immigration and they can not answer a single question asked by the officer in Thailander language.

Thanks to Mix 88.5FM and my boyfriend Mark Rogers for support. 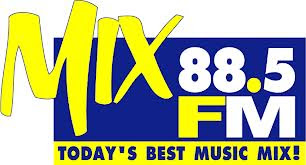